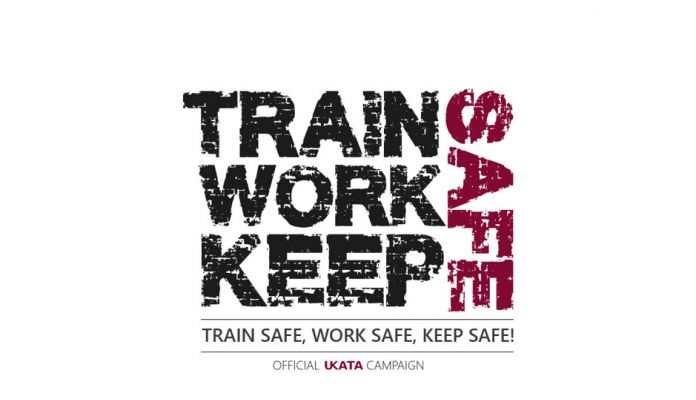 DCUK FM are supporting the annual Train Safe, Work Safe, Keep Safe Campaign from the UK Asbestos Training Association (UKATA), having pledged several hours of free training as part of the campaign designed to keep small businesses and sole traders safe from the UKs biggest workplace killer – asbestos. Now in its third year, the nationwide campaign runs from 1 September to 31 October, with free asbestos awareness training for those who need it most.

“As a company committed to asbestos training, we are proud to be involved in the UKATA Train Safe, Work Safe, Keep Safe campaign,” said Jamie Carraher, Health & Safety Director of DCUK FM. “We train workers from many large organisations but ‘white van man’ can still be in the dark over asbestos, so this scheme is a practical way to tackle the lack of asbestos awareness training among ordinary traders.”

Based in Southern England, DCUK FM has been delivering asbestos training across the UK since 2010 The company specialises in training, asbestos removal, ventilation hygiene and refurbishment. Having been a member of UKATA since 2010 the company was keen to support the Train Safe campaign in 2017.

“I would like to thank Jamie Carraher for backing the 2017 UKATA Train Safe, Work Safe, Keep Safe campaign,” said Craig Evans, General Manager of UKATA. “In the last few years UKATA members have delivered 400,000 asbestos training courses but there remains a real need for essential training for all who may encounter the substance. Thousands of tradespeople have received no asbestos training and DCUK FM is playing a key role in helping UKATA with a ‘hands on’ approach to helping them.”

Anyone interested in applying for the free training with DCUK FM should contact us directly on 0870 1129196 or training@dcukfm.com and remember to quote the UKATA Train Safe, Work Safe, Keep Safe campaign.

Around 20 tradesmen die every week as a result of past exposure to asbestos. Damage caused to the lungs by asbestos can lay dormant for up to 60 years, with diseases like mesothelioma responsible for the death toll amongst small traders that includes eight joiners, six electricians and four plumbers.

“Unwittingly coming into contact with deadly asbestos fibres can put small traders in the front line of asbestos exposure,” added Jamie Carraher. “They need support and the Train Safe campaign provides that, by removing cost as an excuse for not having the necessary training. We are proud to be playing our part in helping to cut the numbers of deaths from asbestos related diseases.”