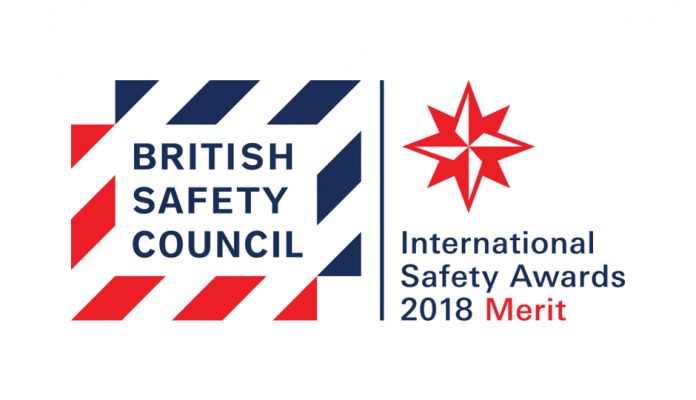 DCUK FM has won an International Safety Award with Merit from the British Safety Council in recognition of its commitment to keeping its workers and workplaces healthy and safe during the 2017 calendar year.

DCUK FM is one of 183 organisations to win a Merit in the 2018 International Safety Awards.

Now in their 60th year, the International Safety Awards recognise and celebrate organisations from around the world which have demonstrated to the satisfaction of the scheme’s independent judges their commitment to preventing workplace injuries and work-related ill health during the previous calendar year.

Mike Robinson, Chief Executive of the British Safety Council, congratulated DCUK FM on their success in winning an International Safety Award 2018 with Merit: “The British Safety Council commends DCUK FM on their achievement. The award is in recognition of their commitment and efforts to keep their employees and workplaces free of injury and ill health.

“The long list of winners of the International Safety Awards demonstrates that an increasing number of companies recognise that sensible and proportionate management of health and safety risks is a business enabler. It benefits workers, their families, businesses and society as a whole. By celebrating and sharing the achievements of the winners of the International Safety Awards, we encourage businesses all over the world to follow their lead and place employees’ health and safety at the heart of their business.

“Our warmest congratulations to DCUK FM. All of those working at DCUK FM should be rightly proud of their achievement.”

Since 1957, the British Safety Council has been campaigning to keep workers healthy and safe. Led by its charismatic founder James Tye, the organisation contributed to the creation of the Health and Safety at Work Act in 1974. It also helped to establish the British Wellness Council in 1979, which ahead of its times, dealt with stress in the workplace, as well as other issues.

The British Safety Council leads health and safety forums for all sectors of industry, facilitating and promoting best practice in Britain and overseas. It also works closely with leading charities in the fields of health, safety, wellbeing and mental health in the workplace.