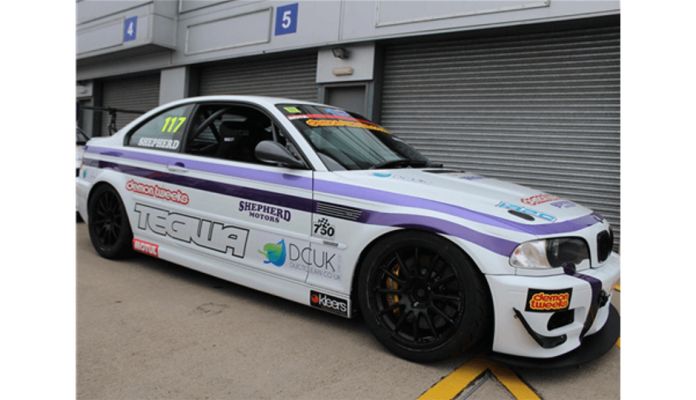 Despite being 40bhp down compared to the rest of the field due to engine management issues, and the small fact of this being Adam’s first competitive outing in his car, the Essex based racer made a sensational start to the season by astonishingly winning both races of the opening weekend.

Adam only made the transition to car racing last season, after spending a number of years taking part in various karting series from a young age. Last season saw Adam win the Honda Civic Cup on his first attempt, with a number of outstanding performances, achieving numerous lap records on his way to winning the championship. Adam decided to go out on a high as Champion and switch to the Tegiwa M3 Cup series for the current season, which started off in a very similar fashion to last season’s success. Adam qualified in second place for both the 12:00 and 17:50 races, however he produced back to back wins in both, taking an early lead and holding off any challenges from opposing drivers to finish in pole position.

Adam’s first race of the day was particularly impressive, which saw him produce a new lap record and storm to an 11 second win.

Oulten Park International racetrack hosts the next round of the series on April 2nd, where Adam will hopefully emulate the success of his debut weekend.