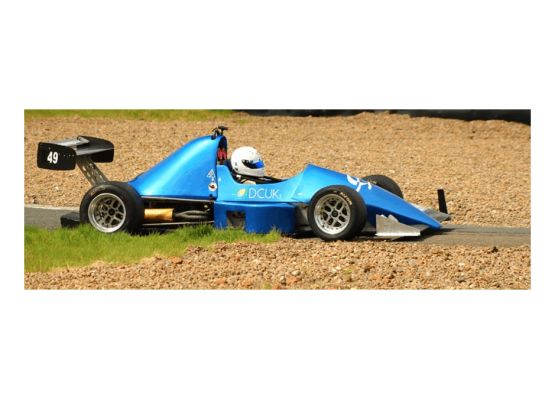 After an impressive weekend in the opening round of the Guyson Scottish Sprinting Championship, Louise followed up with another successful weekend of racing at Kames Motorsport Circuit, East Ayrshire for the second round of the season, seeing her set the fastest lap times in her class on both Saturday and Sunday.

On Saturday, Louise set a new personal best and won her class. Louise was extremely fast throughout the day, which saw her agonisingly close to breaking the class record, missing out by only 1.7 seconds. Louise had a lead off 2.29 and 5.38 seconds over the next fastest class competitors. Out of 56 cars racing, the Ductclean Jedi finished with the third fastest time of the day, only being beat by higher capacity cars in class above.

On Sunday Louise finished up with another personal best and a class win, with a 6 second lead over competitors. She was just 2 seconds off of the competitive class record. Out of 53 cars racing, Louise finished with the third fastest time of the day, only being beat by higher capacity cars in class above. In practice runs she was sitting with the second fastest time of the day but was pipped by two seconds by a car with 800cc more power in the last timed run, on the first lap Louise had the exact same split time, quite an achievement for lacking so much in power.

Louise’s next race is on the second weekend in July at Golspie. A track where she holds the existing competitive class record.