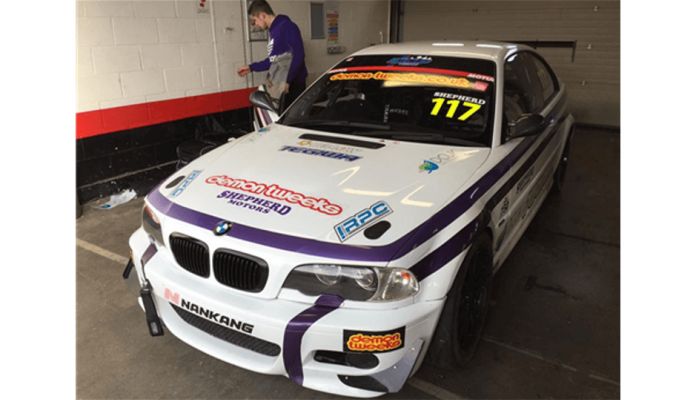 Despite being the quickest car on the track throughout testing, Adam Shepherd unfortunately couldn’t replicate his success of the opening weekend, at Brands Hatch for the Second Round of the M3 Cup on Saturday 23rd April.

Adam was fastest in testing by quite a distance on the Friday, however on Race Day, technical issues with his car hindered his performance. Qualifying in 3rd position, the early stages of Race one saw Adam overtake the cars infront to lead the race, pulling a considerable gap between himself and his nearest rivals, however, as the race progressed an engine issue developed, causing the car to lose power and become slower and slower. The balance of the car was also an issue, struggling with understeer throughout the race, Adam saw himself lose almost a second per lap compared with his performance in testing. The second race of the day saw the same issues occur, and unfortunately there was nothing Adam and his team could do to rectify the problems.

After the weekend events, Adam told us, “We have learnt from the weekend that there is an uprated Motorsport steering rack that most of the other cars are running which improves handling and turn in speed, along with suspension top mounts which also makes the geometry of the suspension more effective, this is something we hope to bring in and include on my car as the season progresses, so we don’t suffer with the same issues again.”

Congratulations to Adam on his two podium finishes after a difficult weekend of racing. The next round of the Tegiwa M3 Cup takes place at Croft Circuit over the weekend of the 21st May.

Good luck for the next round, Adam.