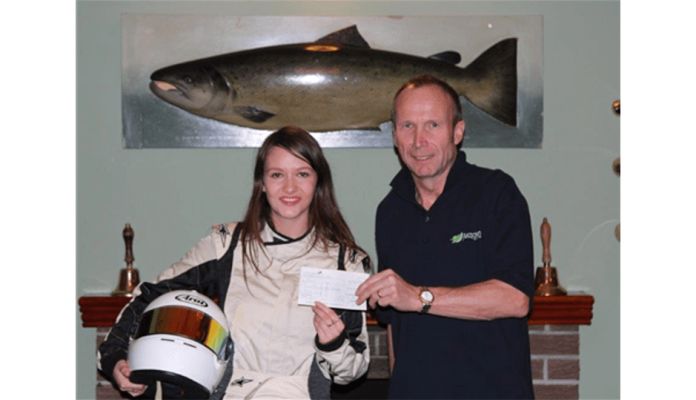 Ductclean (UK) Ltd is proud to announce that we have reached an agreement to become the main sponsor for up and coming Scottish Racing Driver, Louise Calder, 22, for the 2015 racing season.

Louise has been involved in motor sport from a very early age, she started off racing karts at the age of 10 and from there she has taken part in various competitions and has raced in different classes throughout her career. Louise has already achieved a wealth of success in her career, in 2008 Louise became the Scottish Champion, winning the ‘A’ plate, whilst also winning the club championship the same year in both mini and junior max classes

2010 was a year that saw Louise take a new direction in motorsport, entering into sprint racing, again seeing almost instant success. Louise became the Guyson Scottish Competition Car Champion at her first attempt, whilst also winning the Junior British Sprint Championship in the same season, winning both championships in her single seat Jedi MK1. Louise’s car is powered by a 1000cc Suzuki motorbike engine, which is capable of speeds up to 150mph.

Giving back to the community is something Ductclean (UK) Ltd are extremely passionate about, and with our continuous presence in Scotland, we are pleased to be able to help a local resident in their bid for success.

Louise’s goals for the 2015 racing year are to continue to improve on her current achievements and Ductclean (UK) Ltd are excited to be able to contribute to Louise’s success and we look forward to seeing what Louise can achieve in the upcoming season.