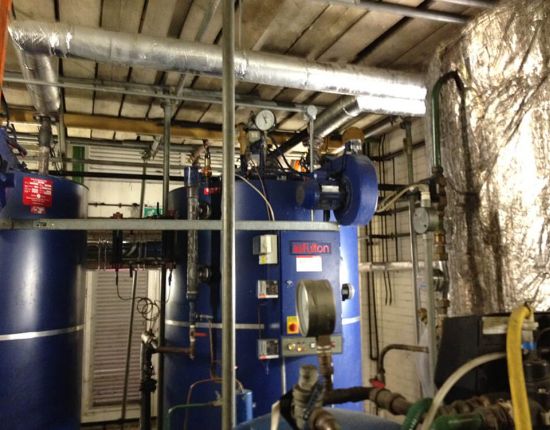 We were contracted by the hospital to carry out the safe decontamination of the inside lining of the chimney flues under fully controlled conditions. There were in total 4 no. Chimney Flues, each 6 storeys high from, Basement to Roof.

The entire chimney stack system had to be placed under fully controlled conditions to prevent the spread of the existing contamination. The redundant horizontal sections of flues were cut out and removed from the base of the chimney stack to the boiler room as part of this project.