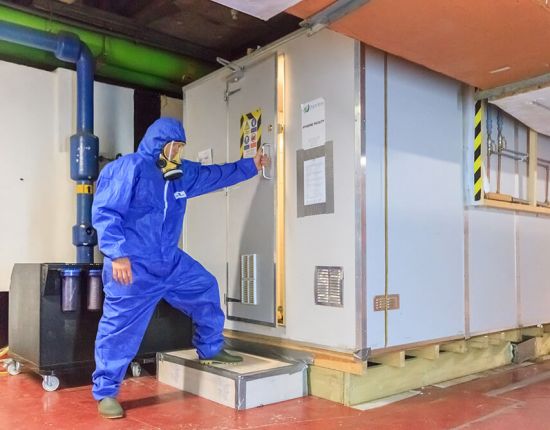 DCUK FM were commissioned to clean and repair the air handling units and clean all the associated ventilation systems. Also part of the scope was to remove or encapsulate any asbestos containing materials that had an impact on the ventilation systems.

We took on the role of CDM coordinator and principal contractor at our client’s request.

All systems were cleaned and re furbished while the hospital remained fully functional, without incident, on time and within budget.

Working within an operational Hospital increased the risk to Hospital Staff, the public & patients alike. However, the hospital was able to remain operational with minimum disruption due to our flexibility and working 24hours a day.