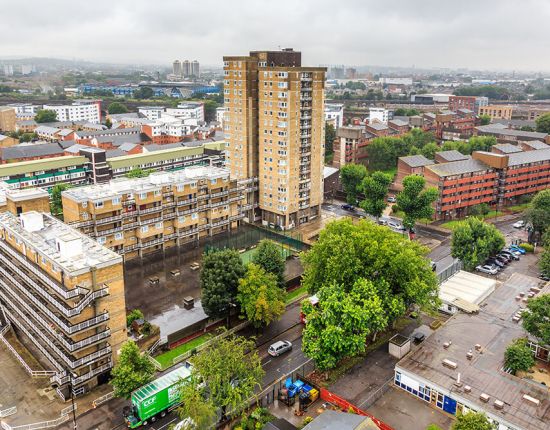 DCUK FM currently work on asbestos removal projects in residential council housing, blocks of flats and council owned public buildings. Prior to starting any works on the properties, a team was dedicated to attending each site and erecting adequate signage sufficient for this project. All tenants were further notified by letter of the pending works to the lift shafts. It was important to build a relationship with the tenants prior to the works commencing due to the fact that all flats and houses were to remain occupied during the works on the lift shafts.

DCUK FM were asked to tender for the framework contract and were successful. The contract involved working closely with the council tenant liaison officers, introducing DCUK FM to every tenant in person, over 20,000 doors to be knocked on. Each flat had to have the occupant’s ethnic beliefs, age of tenant, disabilities and other occupants including children, to be taken into consideration prior to carrying out the works.